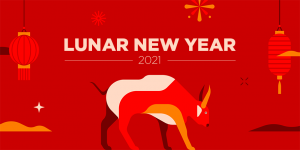 The Lunar New Year, opens a new window is celebrated by over 20% of the world’s population with food, festivities, and fireworks to usher in good fortune for the year to come. Although this year will be different given COVID directives, we’ve collected ideas to help you read, watch, eat, and relax your way through this enjoyable holiday.

The Year of the Ox

The Ox, opens a new window is the second of the zodiac animals. According to one myth, the Jade Emperor decreed the animal sequence was to be determined by the order that they appeared at his party. The Ox was about to be the first, but Rat tricked Ox into giving him a ride. Then just as they both arrived, Rat jumped down and landed ahead of Ox. Thus, Ox became the second animal.

In Chinese culture, the Ox is a valued animal. Its positive characteristics originate from agricultural beginnings: being hardworking, honest, and low key without seeking attention or praise. Oxen tend to be kind, seldom lose their temper, are logical-thinkers, and valued leaders.

"Oxen are the hard workers in the background, intelligent and reliable, but never demanding praise."

Browse these resources to read, make, and view 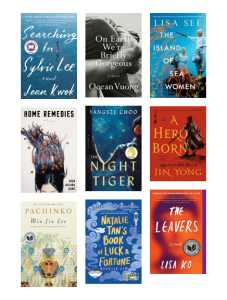 The Scent of Green Papaya, opens a new window   Kanopy