Teen Viewpoint: How Close Are We to Being in the Headlines? an essay by local teen, Sophia Martin

As part of the Library’s commitment to racial equity, we will periodically feature essays from community members to share their viewpoint.  Our Teen Committee recently reached out to Marin County teens with lived experience fighting for racial equity and facing race-based discrimination. We want to hear the voices of teens leading our community toward racial equity.  This month we are featuring the work of an inspiring young woman, Sophia Martin, who is a social justice leader in our community and powerful public speaker.  She is a member of Youth Transforming Justice (formerly called Youth Court), and a founder of Youth for Racial Equity.   She has participated in library programs as a panelist, for a SURJ Marin program about restorative justice, as well as a program on school resource officers.

How Close Are We to Being in the Headlines?

A few years ago, my friend told me about a county in the United States where nearly all of the Black and brown residents are pushed into segregated and under-resourced communities.  Just down the road from these communities, some of the wealthiest white men and women in the country drive cars that could pay years of their neighbors’ rent, and pull up to houses the size of hotels. Every year, stories come out about hate crimes at schools targeting marginalized groups. The N-word is painted on walls, swastikas etched in desks, and Confederate flags fly at sports games. Black and brown children are seen as criminals by white eyes, which is perhaps why all they need to do is glance in a car for the cops to be called. They tremble in fear staring down the barrel of an officer’s gun, sweat seeping through their backpacks filled with middle school textbooks. Police storm family homes with weapons and vehicles meant for war.  Black and brown youth who speak out against this are spat on and assaulted by white residents.

My friend was talking about Marin County, a county that voted for Obama at seventy-four percent in 2012 and Hillary Clinton at seventy-seven percent in 2016, according to the County of Marin website. It is incredible how complacent we have become in the blatant racism that floods the streets of our towns as we hide behind our politics, as if checking a box on a ballot checks us out of having to engage in any further action. This is why we are no different than Kenosha, Minneapolis, or Louisville. In fact, we are a mere incident away from being the next county or city in the international headlines as a symbol of hatred and white supremacy.  It is not “a Black community issue”.  Saying Marin County is “too safe” is synonymous with saying it is “white enough.” Yes, Marin County is eighty percent white. However, Jefferson County, where Breonna Taylor was shot dead in her own home in Louisville, is sixty-eight percent white. Hennepin County in Minnesota, where George Floyd was murdered, is sixty-nine percent white.  Kenosha County, where Jacob Blake was shot seven times leaving him paralyzed, is seventy-six percent white.

Whiteness is not an excuse for avoiding discussions of race, nor is it evidence of a lack of racism, and this passivity is what has emboldened those who are the most prejudiced to act upon their beliefs. We see evidence of this in what happened at YEMA, a Black-owned business in Tiburon where police questioned the owners under suspicion of robbing their own store. Or just a few weeks ago in this very spot, where a speaker of color was reportedly assaulted by a woman who told protestors to stop singing the “terrible song” of Black Lives Matter. If this were anywhere else, we would be outraged. We would talk about how stunned we are that there are still people that hateful in this country. There are people that hateful here. To see a microcosm of that, read the posts on the Facebook group “No Name Change for Sir Francis Drake High School or SFD Boulevard!” which has over three hundred members. Nearly every incident of racism we have criticized other counties of allowing has also happened here. That we have not seen Marin County  plastered on every Twitter profile, NBC headline, and New York Times article, is mere luck. I don’t want it to be luck, because luck runs out. As racism gets bolder and allies get quieter, it is only a matter of time before we are the next worldwide symbol of what’s wrong with this country.

It is no longer acceptable to justify these examples of systemic racism in our community by saying it is “the culture” in Marin. The culture of redlining, police bias, and academic discrimination beginning as as early as elementary school is a culture we can’t be complacent in any longer. This was a revelation I came to  recently, as I always assumed someone else would fix these issues I knew were present. My days were filled with going to board meetings and marches to hear what solutions other people were planning. However, it was in those meetings and on the sidelines of protests that I witnessed the hate still being spewed in my community, which I had excused for its liberal ideology. While many amazing activists of color had been putting blood, sweat, and tears into their work of fighting that bigotry, I heard a common sentiment that they were  “tired” because of the lack of support they were receiving. It was then when I realized I could no longer sit if I wanted to see change.

I thought about how I could help with both the knowledge and resources I had already obtained from my involvement in Marin County Youth Court and the experience of going to both HS 1327 (formerly Sir Francis Drake High School) and Tamalpais High School as a Black student. So after weeks of contemplation, I decided to recruit a group of current students and recent alums from all over the county and called it Youth for Racial Equity (YRE). Many of my personal experiences growing up played a role in the decisions that I have made regarding the group. First, we have recruited youth from all races and levels of knowledge of the racial injustices currently infecting our community. In Youth Court, I have witnessed many teens come into the program with one perspective and leave with a completely new one. It was important to me to implement those same ideas into YRE if I truly wanted it to be an atmosphere of inclusion.

Since the formation of Youth for Racial Equity only a few months ago, so much has changed within the program. YRE was lucky enough to be taken under the wing of Youth Transforming Justice, which is the nonprofit created by the directors of Youth Court. When we had a strong foundation in what our goals were, we began meeting with TUHSD administrators such as Principal Farr of Tamalpais High School and Principal Seabury of HS 1327. In both of these spaces and at public events, we have advocated for reforming the district’s curriculum, which often does not equitably represent the history and voices of Black, Indigenous, and People of Color (BIPOC), as well as for the removal of punitive punishment as an initial response which disproportionately affects BIPOC students in the district.

Visible change is something that will not happen overnight. This is something I have learned as we’ve been met with more closed doors than open arms. But giving up because of this resistance is reverting to the culture of complacency.  YRE, and many other groups in the community, refusing to step back in the face of conflict has been making a difference. Recently, San Rafael City Schools have removed two of their School Resource Officers, who were disproportionately citing BIPOC students, and many have been advocating for the Tamalpais and Novato districts to follow suit. Overall, many Marin residents have been more receptive to discussing issues that seemed too taboo less than six months ago. But we, as a community, need to ensure that it goes beyond a discussion, because as we’ve learned, having voted for Obama doesn’t exempt anyone from action.

Why Voting in This U.S. Election Will Not Be Equal (video)

All In: The Fight for Democracy (documentary, Amazon Prime)

The New Jim Crow: Mass Incarceration in the Age of Colorblindness (book) 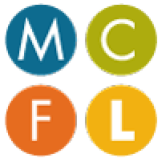