Fairfax Library will be exhibiting photos of Phil Arnot from November 9-30 in the Community Room.  Phil is holding a discussion and reception on Saturday November 9 from 2-4pm.

Phil Arnot is a local author and photographer.  He served as a pilot in World War II, flying a B-17 bomber over Europe. One of his photos depicts the Eiffel tower taken from the seat of his bomber. He was awarded the Legion of Honor by the President of France for his contribution in the liberation of their country.

After the war he led teens, and later adults, on backpacking trips into the Sierra Nevada.  He has traveled extensively, and his photos depict just a few of his many adventures.  He’ll be 100 in less than 5 years and is ready for the second 100.  Don’t miss his amazing stories! 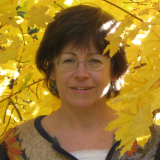 Margaret Miles is the Branch Manager of the Fairfax Library.