General Election = "A general election is an election in which candidates are elected to offices. This is in contrast to a primary election, which is used either to narrow the field of candidates for a given elective office or to determine the nominees for political parties in advance of a general election. General elections occur at local, state, and federal levels, and typically occur at regular intervals." -Ballotpedia, opens a new window

Under the Voter's Choice Act, all active registered voters are automatically mailed a ballot, early voting is expanded, and voters may vote in-person at a regional vote center.

There are THREE ways to return it: 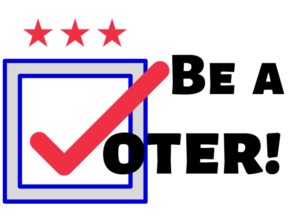 League of Women Voters of Marin County (local chapter of the nonpartisan, activist, grassroots organization that encourages informed and active participation in government, works to increase understanding of major public policy issues, and influences public policy through education and advocacy)
Candidate Forums, opens a new window
The League of Women Voters of Marin County has partnered with community organizations to provide candidate forums to engage and educate voters prior to the November 8, 2022 General Election. (As a non-partisan organization, the League does not support or oppose any political party or candidate for public office.)
Pros & Cons Presentations, opens a new window

The Leagues of Women Voters of Marin & Sonoma Counties has partnered with local organizations to present Pros & Cons of the seven state propositions on the November 8, 2022 General Election ballot.

California on Ballotpedia, opens a new window (from Ballotpedia, an online encyclopedia of politics and elections)

California Voter Foundation, opens a new window (a nonprofit, nonpartisan organization engaged in research, oversight, outreach, and other projects to improve the election process to better serve the needs and interests of voters)

FactCheck, opens a new window (monitors factual accuracy of what is said by major U.S. political players in the form of TV ads, debates, speeches, interviews and news releases; a project of the Annenberg Public Policy Center of the University of Pennsylvania)

GovTrack.us, opens a new window (researches and publishes status of federal legislation, and tracks voting records of US representatives and senators; a data source for congressional transparency websites, from Joshua Tauberer)

Open Secrets, opens a new window (nonpartisan information about the influence of money on politics; from The Center for Responsive Politics)

California Fair Political Practices Commission, opens a new window - independent, non-partisan commission that works to promote transparency in government and ensure that public officials act in a fair and unbiased manner in the governmental decision-making process

Please contact us, opens a new window if any errors are noted.