The StoryWalk® 2022 program has now ended at most locations, except Marin City.

The Marin City Tennessee Valley StoryWalk® will be available through May 2023.

Thank you for participating! We'd love to hear your feedback.

Read a story together as you enjoy a walk through your town or local park!

A StoryWalk® is a fun, family-friendly, outdoor activity, where pages of a book are placed along a walking route. Each stop along the way displays one page of the book.

Pick up a route guide from your local library or select one of the routes listed below. 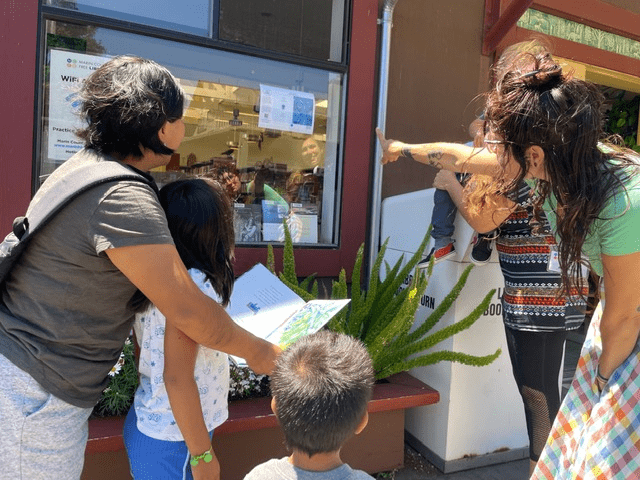 Start your StoryWalk® in any of these locations. All routes follow the same story except Marin City.

Select a route to see a list of stops:

Most of the routes feature the book Agua, Agüita / Water, Little Water by Jorge Argueta, which tells the story of the water cycle from the perspective of one little droplet. The story is written in three languages: English, Spanish, and Nahuat.  Walking routes for this story are located near the Bolinas, Civic Center, Corte Madera, Fairfax, Inverness, Novato, Point Reyes, South Novato, and Stinson Beach Libraries.

Jorge Tetl Argueta is an award-winning author of picture books and poetry for young children. He is also the founder of La Biblioteca de los Sueños/Library of Dreams in El Salvador. A native Salvadoran and Pipil-Nahua Indian, Jorge spent much of his life in rural El Salvador. He now lives in San Francisco, California.

The Marin City Library route features the book The Hike by Alison Farrell, about three young friends who set out on a hike to explore their local forest.

Alison Farrell is an illustrator and author living in Portland, Oregon. Before she became a picture book maker, Alison worked on farms and taught art in K-12 schools. 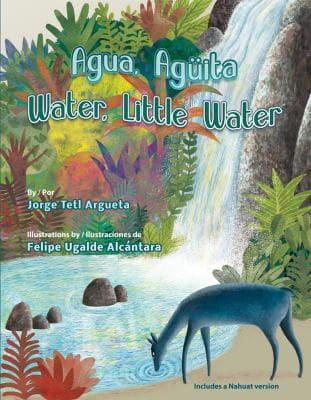 We're here to help online or by phone to your local branch during open hours.

Here are some fun learning activities you can do together along the walk and after the walk.

Here are some booklists with suggested reading to learn more about the water cycle and nature.

The StoryWalk project is generously supported by the Friends of the Marin County Library.

Thank you to all our community partners and participating members of our civic and business communities!

This interactive program is designed to foster a sense of community and a love of story. It encourages community members to get to know their local businesses and parks, while promoting play, literacy, and exercise through a book-inspired treasure hunt.

The StoryWalk® Project was created by Anne Ferguson of Montpelier, VT and developed in collaboration with the Kellogg-Hubbard Library. Storywalk® is a registered service mark owned by Ms. Ferguson.