“History, heritage, or culture of Native Americans, Alaska Natives, and Native Hawaiians are part of every national park and communities across the country today. Every November during Native American Heritage Month and throughout the year, the National Park Service and our partners share history and the continuing culture of America’s indigenous peoples”

Did you know that Marin County is named after "Chief Marin" of the Huimen group of the Coast Miwok? The Huimen group "occupied what is presently Mill Valley, Tiburon, Belvedere and Sausalito". Born in 1781 he was initially named Huicmuse, and was baptized as "Marino" in 1801. To learn more of Huicmuse's story and the impact of the Coast Miwok on the place we now know as Marin, read the Marin Magazine article "The Story Behind Marin County’s Namesake, 'Chief Marin.'" and then take a deeper dive with Betty Goerke's book:

The Huimen group of the Coast Miwok, who have lived along the shores of Marin County for more than 10,000 years, carefully managed the land they inhabit. You can read more about their stewardship on the National Park Service's page Coast Miwok at Point Reyes.

During 2020 Victoria Canby, Interim Executive Director of the Museum of the American Indian in Novato, started an oral history project interviewing local indigenous elders. Read an article about her project on the Marin IJ website.

Despite attempted genocide, rich and vibrant Native communities endure throughout the Bay Area and beyond.

Many institutions across the U.S. have presentations and events planned during the month of November which will be accessible online, regardless of your geographic location! Topics range from food demonstrations to history, craft instruction, and more. You're sure to find something to engage with.

The Johns Hopkins Center for American Indian Health, opens a new window is hosting a variety of events on Zoom:

National Museum of the American Indian has a variety of events that can be accessed virtually, opens a new window, including their Native Cinema Showcase, running November 18-25, 2022.

"The National Museum of the American Indian’s Native Cinema Showcase is an annual celebration of the best in Native film. This year's showcase focuses on Native people boldly asserting themselves through language, healing, building community, and a continued relationship with the land. Activism lies at the heart of all these stories. The showcase provides a unique forum for engagement with Native filmmakers from Indigenous communities throughout the Western Hemisphere and Arctic." 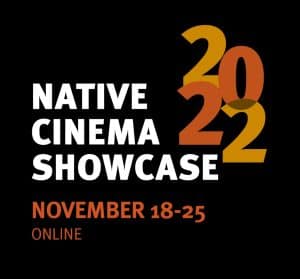 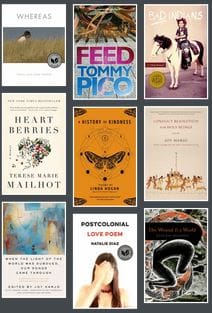 Finally, as always, you can always turn to our collection and immerse yourself in Native literature, poetry, essays, and everything from cookbooks to histories. All of the following lists center Native voices, rather than the writing of settlers about Native Americans.

Essays, Cookbooks, and Other Nonfiction, opens a new window