Did you know that laughter is good for you? Numerous studies document the social and health benefits of laughter that range from reducing blood pressure, to releasing endorphins, to strengthening relationships, to fostering brain connectivity. And who couldn’t use a few more endorphins right now?

These articles detail the benefits and evidence behind the claims. And once you’re done reading up on the power of laughter, look below to find an abundance of amusing options, all available at the library, either to check out using our curbside service, or to download or stream using our digital collections.

How Laughter Brings Us Together by Jill Suttie, Greater Good Science Magazine, July 17, 2017

Titles on Humor in the Library catalog 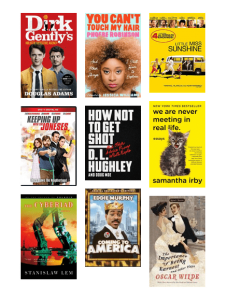 And for more titles you can find to check out of the library... 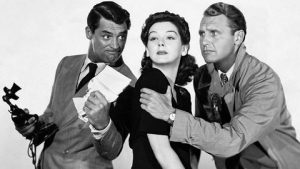 A classic that still shines with rapid dialogue and stellar performances by Rosalind Russel and Cary Grant, it is considered one of the best Screwball Comedies.

An award-winning comedy that pits Ricky, a disaffected city kid, and his cranky foster uncle against the law on a wild chase through the New Zealand bush country.

"One of the most sincere and funny portraits of family life to come along in a while." - April Wolfe, L.A. Weekly 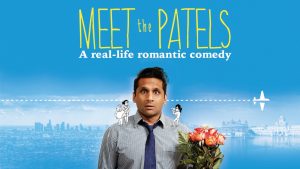 A laugh-out-loud documentary about Ravi Patel, an Indian-American man about to turn 30 who gets help from his parents and extended family to find a wife. The film entertains while it raises questions about cultural assimilation and modern romance.

In this classic film, Chaplin examines class struggle and American industrialization during the Great Depression.

“Modern Times” is as 100% a one-man picture as probably is possible. Produced, starring, authored, composed (special music) and directed by Chaplin, the pantomimist stands or falls by his two years’ work as it unreels. Not only does he not falter but Chaplin perhaps scales new heights in maintaining a barrage of guffaws that is the more remarkable considering the advanced comedy efforts that have hit the screen since the advent of sound.” Variety, February 11, 1936

What We Do in the Shadows - 2014
directed by Taika Waititi 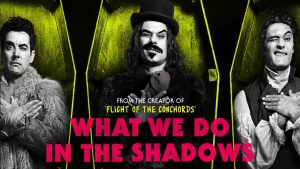 A vampire comedy filmed in a documentary style that follows three roommates trying to manage in the modern world.

You'll find many more film choices when you log on to Kanopy using your library card to create a free account. No library card? Get one here! Access to Kanopy is limited based on your home address.