Alice Waters and Her Delicious Revolution: Cooking with an Environmentally Conscious Chef 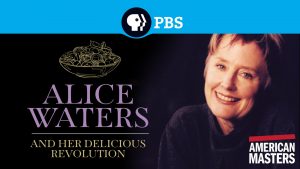 Follow Alice Waters through a year of seasonal shopping and cooking, and discover both the recipes and vision of an artist and an advocate. She and her now-famous Berkeley restaurant, Chez Panisse, became a major force behind the way Americans eat and think about food, launching the explosion of local farmers' markets and redesigned supermarket produce departments.

Artists in Exile: A story of Modern Dance in San Francisco 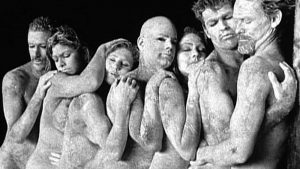 This documentary chronicles over forty years of dance making in the San Francisco Bay Area. It addresses the special nature of the Bay Area's social, political and environmental climate; the marginalization of Bay Area artists due to the New York dance establishment; and the unique and vital dance community that continues to grow.

The Cockettes: The Original Gender Revolutionaries 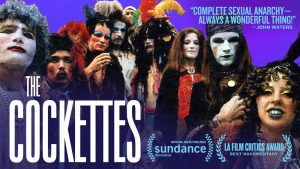 The Cockettes, an ensemble of hippies decked out in outlandish gender-bending finery, created a series of legendary midnight musicals in early 1970s San Francisco. A diverse mix of genders and races, The Cockettes were an immediate sensation and their performances embodied the blending of the psychedelic counterculture and the sexual revolution.

How to Cook Your Life

In this video, renowned Chef and Zen Master Edward Espe Brown, guides students through the mastery of cooking and the importance of how we treat our food. Brown is the author of a number of cookbooks including The Tassajara Bread Book, and co-author of The Greens Cookbook, which features vegetarian recipes from San Francisco's Greens Restaurant

On March 5th, 2013, San Francisco's skyline was transformed by an amazing sight: 25,000 LED lights that, for perhaps the first time save the 1989 earthquake, caused people to consider the Bay Bridge instead of her iconic sister, The Golden Gate Bridge. How did this happen? Who was behind the eight million-dollar installation? How in the world did they pull it off? The story behind the making of The Bay Lights --a project whose very "impossibility made it possible"--answers these questions, revealing the drama and the daring of artist Leo Villareal and a small team of visionaries who battle seemingly impossible challenges to turn a dream of creating the world's largest LED light sculpture into a glimmering reality.

Klunkerz: A Film About Mountain Bikes 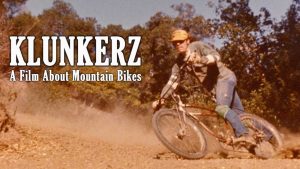 This film documents mountain bike history during the late 1960s and 1970s in Northern California. It includes interviews with those present at the embryonic stages of the sport, including members of the Mountain Bike Hall of Fame, the Morrow Dirt Club, and the Larkspur Canyon Gang. 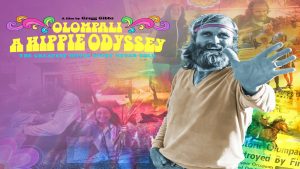 This documentary tells the story of how wealthy Marin County businessman Don McCoy transformed his life from conservative entrepreneur to beneficent hippie dropout. McCoy used his family inheritance to lease Novato's Rancho Olompali and start a commune, inviting a couple dozen like-minded friends and families to join him in his dream of creating a community where people can live without monetary concerns in an atmosphere of love, peace and freedom. The group became known throughout the Bay Area as the Chosen Family - Marin's archetypal entry into the legend and lore of the Sixties hippie commune movement. 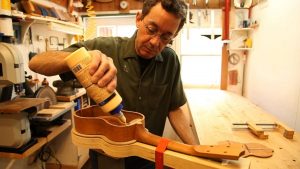 A film about Peter Hurney -- luthier, artist, and craftsman of Berkeley California -- and his ukulele workshop. This film follows Peter making a soprano ukulele from start to finish. 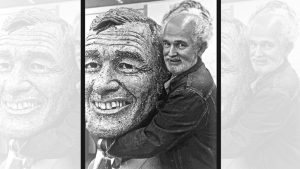 This documentary examines the career of potter Robert Arneson, one of the most controversial artists to come out of the San Francisco Bay area during the 1960s. According to the Smithsonian American Art Museum: "Arneson was a leader of the funk art movement of Bay Area artists who focused on the absurdity of everyday objects. Many of his sculptures offer visual puns and sarcastic observations ... Late in his career, Arneson applied his dark humor and biting sarcasm to address political issues. With titles like Holy War Head and General Nuke, his sculptures of devastation and human carnage warn us about the consequences of nuclear war and the arms race."

This documentary explores avant-garde California artists and poets from 1950s San Francisco who turned their backs on the pursuit of money and embraced a new expression of freedom.

For more on the artistic scene in SF during this time, also check out: The Beach - San Francisco’s North Beach in the 50s

Theory of Obscurity: A Film About the Residents

From the group's formation in Shreveport, Louisiana to their success in the burgeoning San Francisco avant-garde music scene of the 60s and 70s, The Residents redefined what a rock band could be. With the advent of music videos in the 1980s, these masked musicians gained global fame as MTV darlings and serious art world figures.

This Ain't No Mouse Music 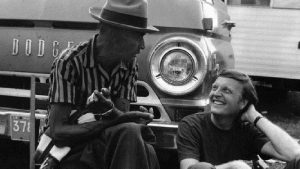 This is the story of Chris Strachwitz, who founded El Cerrito's Down Home Music store in 1976. His recordings on his indie label, Arhoolie Records, brought Cajun music out of Louisiana, Tex-Mex out of Texas, and blues out of the country, and into the living rooms of middle America. These recordings revolutionized the sound of American music, and were the antithesis of the corporate mouse music that dominates the American ear.

Turn It Around: The Story of East Bay Punk 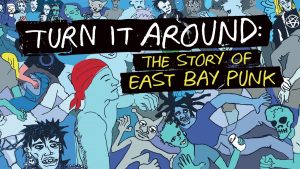 This documentary spans over 30 years of the California Bay Area's punk music history with a central focus on the emergence of the 924 Gilman Street Collective. This diverse group of artists, writers, organizers and musicians created a do-it-yourself petri dish that changed the punk scene.

The Wild Parrots of Telegraph Hill 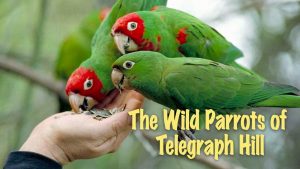 In a celebration of urban wildness, this film follows formerly homeless street musician Mark Bittner into San Francisco's avian subculture, where a remarkable flock of wild green-and-red parrots live and work to survive. Dubbed the "Bohemian St. Francis," Bittner falls in with the flock as he searches for his path through life, unaware that the wild parrots will do more for him than eat his sunflower seeds.

Compiled and edited by Tom

*Annotations and images courtesy of Kanopy unless otherwise noted.