In their article on the stigma of being mentally ill, the American Psychiatric Association (APA) states that "more than half of people with mental illness, opens a new window don't receive help for their disorders," often out of fear of consequences like prejudice and mistreatment, losing one's work, livelihood, or important social relationships, all of which are very real possibilities.

Some of the stereotypes and prejudices outlined by the APA include the idea that mentally ill people are "dangerous, incompetent, to blame for their disorder, unpredictable," whereas research actually shows that those with mental illness are much likelier to be the victims of violence, abuse, and harassment. The APA also addresses the role played by the media: 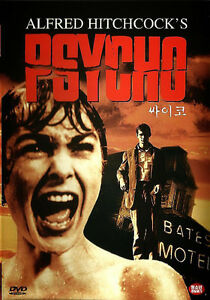 Think back: when was the last time you saw a movie or tv show, or read a book with a mentally ill character?

Mental illness deserves to be normalized as a part of everyday interaction not only because it's a part of so many of our lived realities, but also because positive, nuanced representation can make such a great impact. Stigma leads to negative effects on recovery, bullying and harassment of mentally ill people, and reduced resources devoted to services related to mental illness, But according to the APA, having contact with or knowing someone with mental illness can reduce that stigma. And so can hearing accounts of mentally ill people's lives and seeing them speak out openly about their experiences.

In that spirit, here are a variety of book lists from the library that offer connection, insight, and a place where mental illness is explored with authenticity and kindness. 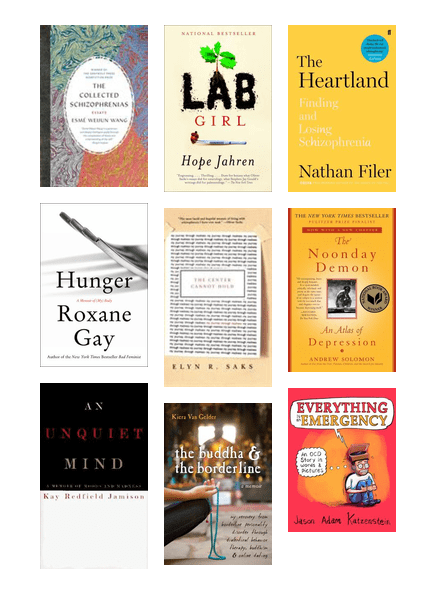 Our Memoirs Exploring Mental Illness lists includes autobiographical titles whose authors have a various symptoms and disorders, whether formally diagnosed or not. Some of the works listed focus on the author's mental illness, whereas for others it's just one among a variety of themes in the autobiography. 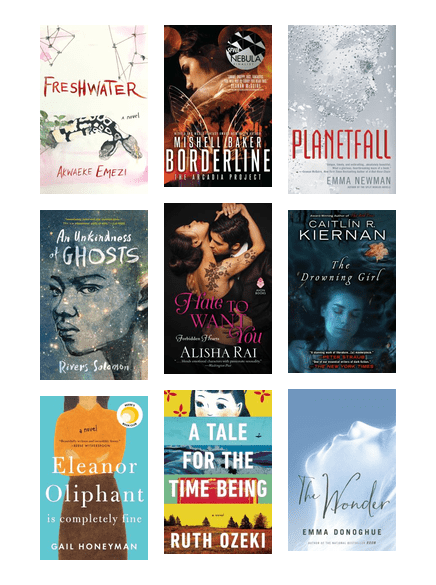 These literary fiction, fantasy, romance, and science fiction books for adults deal with mentally ill characters in complex ways: while occasionally painful, their lives aren't limited to suffering or tragedy, and they aren't just used as a burden, obstacle, or metaphor by the narrative. 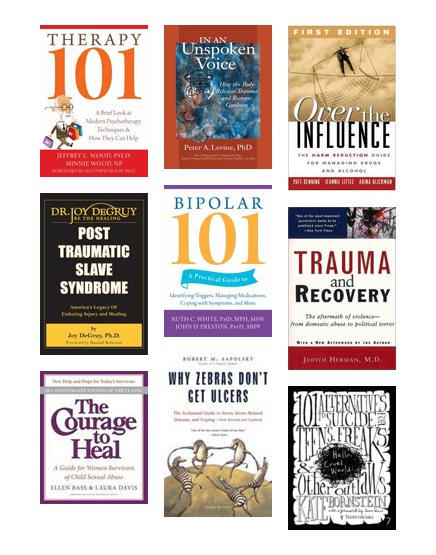 Finally, our Nonfiction on Mental Illness and Trauma list provides both resources for managing conditions and symptoms, as well as exploration into mental health in our society.